Menstrual products must be accessible, transparent and safe for women and the environment – but what do we actually know about menstrual protection, and why is period still a taboo? A must-read piece by our awesome illustrator Bryan Mathers. 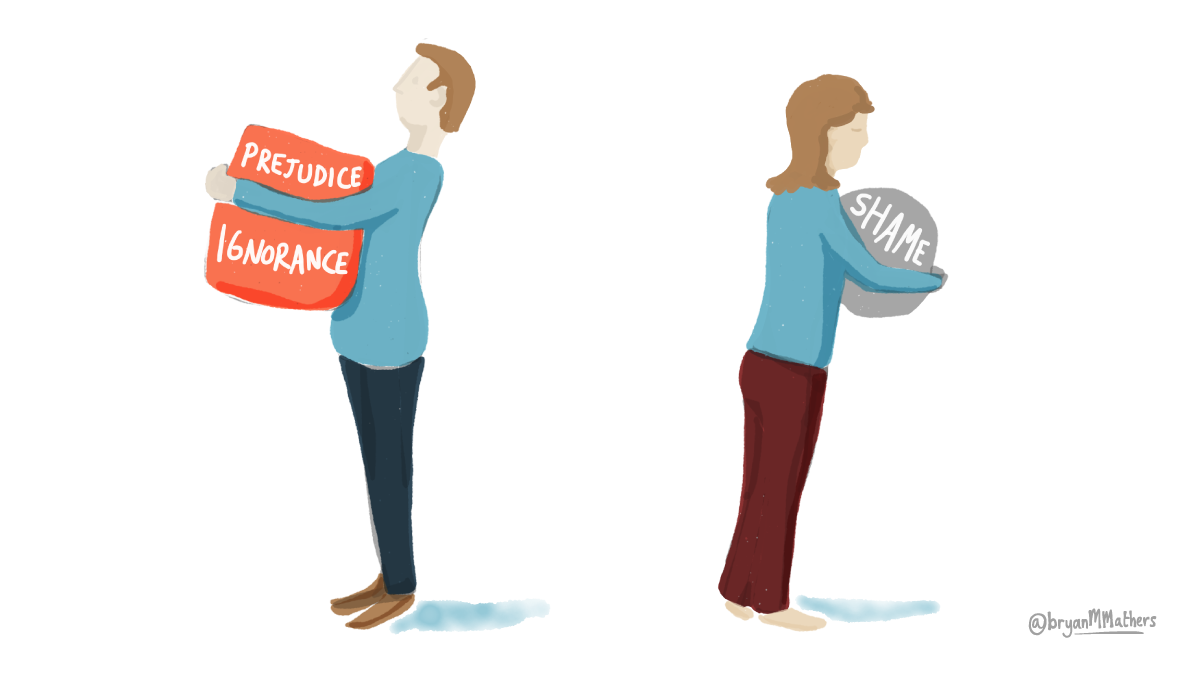 Sit down here. Right now, tell me what you know about Menstruation.

Arms by my sides, I felt too uncomfortable to sit down…

Earlier that week, I’d been invited to visually record a workshop in Brussels for Zero Waste Europe and Rethink Plastic. They were gathering together a whole bunch of women from various organisations to re-think plastic usage in menstrual products. And so I began a journey to lands hitherto unknown. A land far outside my comfort zone.

I say unknown, and if you’re a menstruator, you may already be rolling your eyes at me. Quite right! – how can it be that a large proportion of the planet’s population are affected by a monthly cycle (in different ways, depending on wealth, culture, bodies…) and yet until recently, I’ve never had a single open conversation about it with a woman. To make matters worse, I have no idea what other men know, because we don’t talk about it either.

And so to help me, my wife of nearly 20 years very gently asked me to explain to her how menstruation works. An impromptu test. I thought about the strategies my children deploy: cause a distraction; change the subject; slowly back out of the room… But what was I avoiding anyway? I decided that this was good for me. After filling in the missing details I had fumbled my way through, we agreed my knowledge of the general facts of menstruation bordered on a C+. Could do better. The thing is, my 20-year-old self wouldn’t even have gotten an F.

A few weeks later, I was in the design thinking workshop as the only man amongst 15 very gracious women of different ages and nationalities. I’d practised drawing some mooncups, tampons and other items on the train from London – and got a few strange looks from those who had glanced over my shoulder at what I was drawing.

I now know that plastic (and chemical) usage in period products is a complex issue. The profit-driven manufacturers, the ignorant taxes, the taboos, the poverty, and the shame surrounding it all. Dialogue doesn’t let you down; it was a privilege to listen and create as the participants shared their experience and their insight. 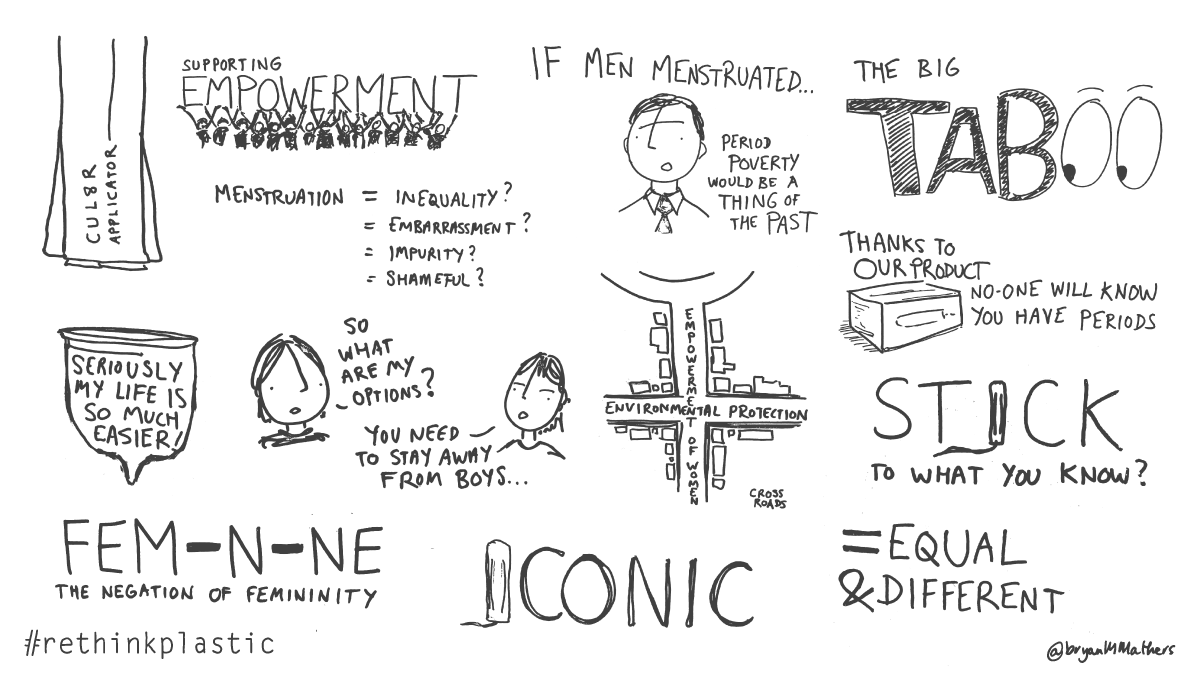 But it’s the shame that surrounds this that disturbs me most. The need for codewords – riding the crimson wave, the English are invading! – the products that reinforce the shame – no-one ever needs to know! I’m trying to understand the source of it: my culture, my religion, my gender, me…

If, as a man, I think I can’t talk about this, I’ll blindly continue in my ignorance and prejudice, because I can’t see inside my own head. But it works the other way too – no dialogue means that we hold on to our shame, without seeing it for what it really is – oppression.

¡Vulva la Revolución! (a direct quote from the workshop…)

Bryan Mathers is a creative technologist and social entrepreneur. He learns through making, drawing, and remixing.  Follow Bryan on @BryanMMathers, and discover his work on bryanmmathers.com.