One additional year without a restriction on microplastics could see levels of pollution equivalent to 1.6 billion plastic bottles released into the environment, data from Client Earth and the European Environmental Bureau has shown.

One additional year without a restriction on microplastics could see levels of pollution equivalent to 1.6 billion plastic bottles released into the environment.

An EU proposal to restrict intentionally added microplastics used in products has been delayed yet again – and the wait could lead to increasingly uncontrollable rates of plastic pollution, data from ClientEarth and the EEB (European Environmental Bureau) has shown. The NGOs insist that the proposal must no longer be delayed.

Microplastics are plastics less than 5mm in size which are often added to products like cosmetics, detergents, paints, pesticides and sports fields. They are nearly impossible to remove once released into the environment and can harm biodiversity due to their physical properties. They may also carry multiple contaminants and hazardous chemicals. Microplastics seep into the air we breathe, the food we eat and the water we drink.

The EU’s intention to restrict intentionally-added microplastics dates back to 2017, when the European Commission requested the European Chemicals Agency to prepare a restriction proposal – but it has so far failed to come into fruition. The ambition was reaffirmed this year including in the Chemicals Strategy for Sustainability. Following the response of Commissioner Breton to an EU parliamentary question in August, there were expectations that a restriction would be proposed by the Commission before the end of 2021, under usual procedure timings. The REACH Regulation creates the obligation for the Commission to submit a draft proposal three months after ECHA’s opinion – which in this case was published last February. ClientEarth showed in a previous report that these delays happen far too often.

However, the European Commission has confirmed that the proposal will be postponed until next year. One additional year of delay could see emissions of around 42,630 tonnes’ worth of microplastics emitted into the environment, equivalent to 1.6 billion plastic bottles. Since 2017, when the Commission first signalled its intention to restrict intentionally-added microplastics, 169,441 tonnes worth of microplastics – or 6.4 billion plastic bottles’ worth – are estimated to have already been released in the environment. 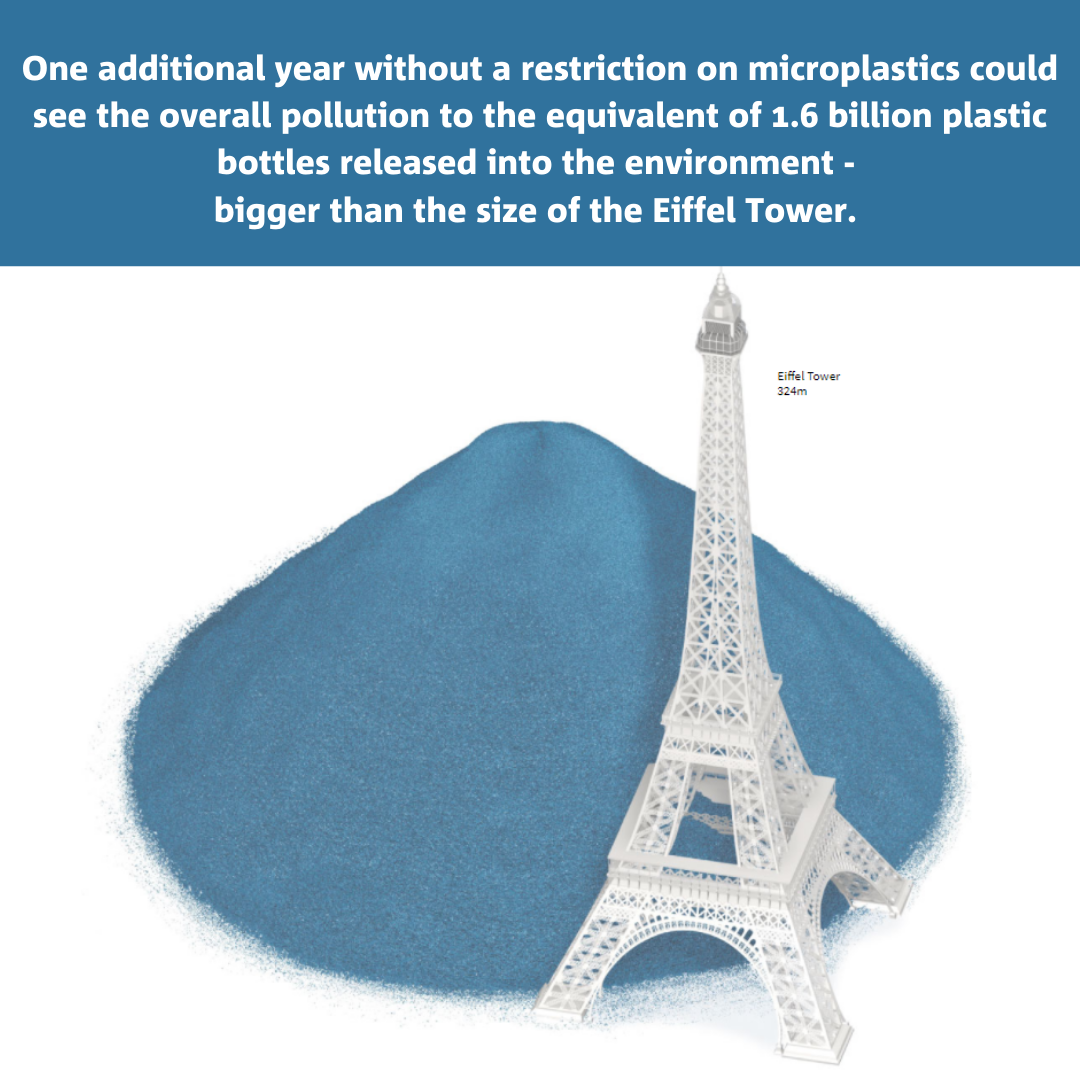 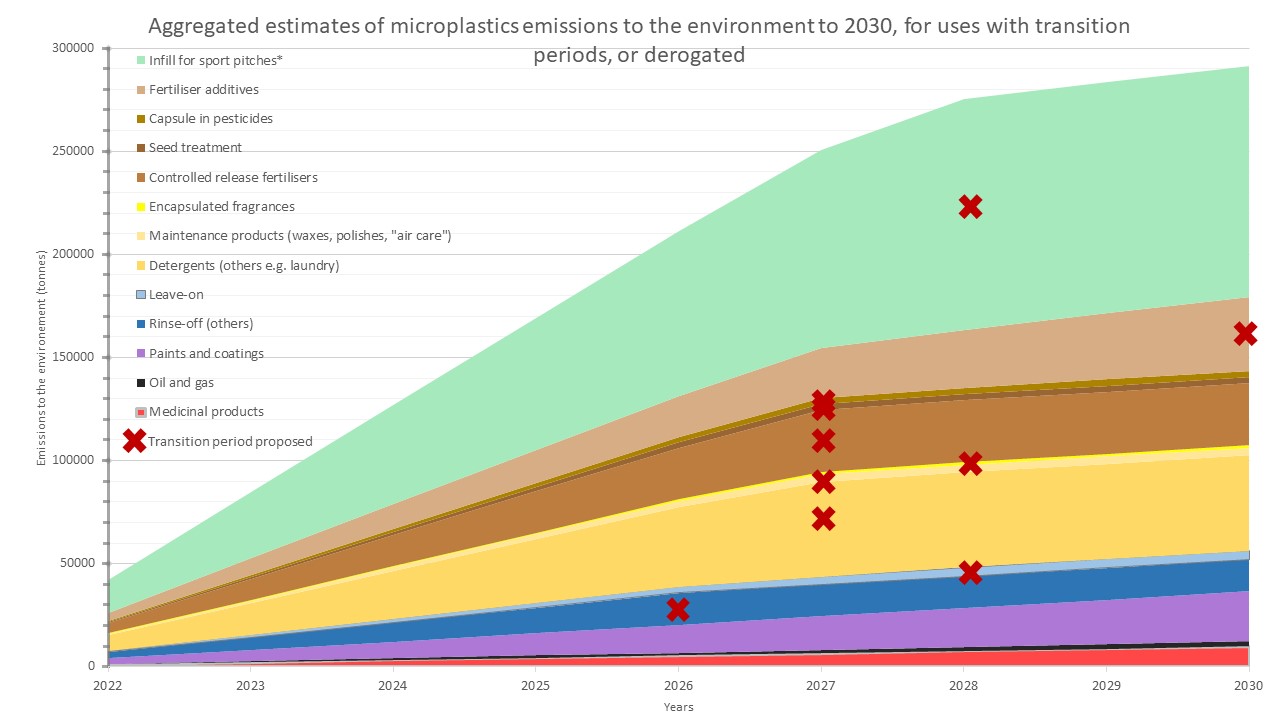 “The EU is breaking the rules by delaying the presentation of a proposal, which is astounding given the ever-increasing volume of microplastics flooding into the environment and the existence of safer alternatives,” said Hélène Duguy, chemicals lawyer at ClientEarth. “EU institutions have kept us in the dark as to why these delays are happening while companies are given an extended permit to pollute. The Commission keeps on mentioning the restriction in speeches, but has delivered nothing yet. Meanwhile, microplastics are wreaking havoc on our environment.”

Among the controversial elements of this file, the continual use of granules made of end-of-life tyres in sports pitches – which are the biggest source of microplastic pollution by far – has been decried by NGOs. Tyres release microplastics that contain toxic chemicals and may cause widespread environmental pollution. The tyre industry is asking regulators to be lenient and is opposing a complete ban. NGOs argue that this will lead to continued microplastics emissions into the environment.

“Even if the restriction is adopted by 2022, the use of microplastics on sport pitches will emit an estimated 128,000 tonnes of microplastics in the environment by 2030; in the best case scenario, they will be banned in 6 years”. added Elise Vitali, Chemicals Policy Officer at the European Environmental Bureau.“Only an ambitious restriction, without unjustified exemptions and delays, could ever be considered in line with the EU Green Deal’s ambition. Political decisions will have to be taken by the Commission and Member States, including to restrict non critical uses. The plastic crisis is well established and authorities need to act accordingly. Microplastics have become a macro problem.”

In parallel, the European Commission has recently set out its ambition to tackle not just intentionally-added microplastics but also unintentional ones – known by the alias of secondary microplastics.

Duguy added: “How can we trust the Commission’s ambition to deal with secondary microplastics – a much larger source of pollution – when it fails to act on the lower hanging fruit?”

Partners involved
Discover all our partners
Rethink Plastic
Manage Cookie Consent
To provide the best experiences, we use technologies like cookies to store and/or access device information. Consenting to these technologies will allow us to process data such as browsing behavior or unique IDs on this site. Not consenting or withdrawing consent, may adversely affect certain features and functions.
Manage options Manage services Manage vendors Read more about these purposes
View preferences
{title} {title} {title}